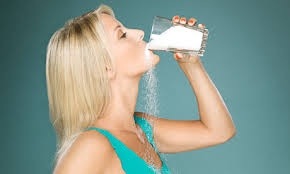 New research suggests that postmenopausal women who consume a high volume of sugar-sweetened drinks may have an increased risk for developing endometrial cancer, which is the lining of the uterus.

For the study, researchers looked at dietary and health data from 23,000 postmenopausal women between 1986 and 2004. Participants completed questionnaires about their intake of 127 different foods, including sugar-sweetened beverages, such as colas, carbonated beverages and fruit drinks.

The researchers found an association between consumption of sugar drinks and endometrial cancer, which affected more than 500 of the women by 2010. The results, published in the journal Cancer Epidemiology, Biomarkers & Prevention, also showed that older women with higher body mass indexes, diabetes or those who had used estrogen had a higher risk for endometrial cancer.

Whether cancer risk and sugar consumption have a direct causal relationship is unclear; however, researchers said that one explanation for the study’s findings is that increased intake of sugar contributes to obesity, which increases risk for cancer. Sugary drinks are of particular concern because the way sugar is consumed affects how it is metabolized and absorbed—for example, digesting natural sugar with fibers in fruit is less harmful than digesting sugar-sweetened sodas, the researchers said.