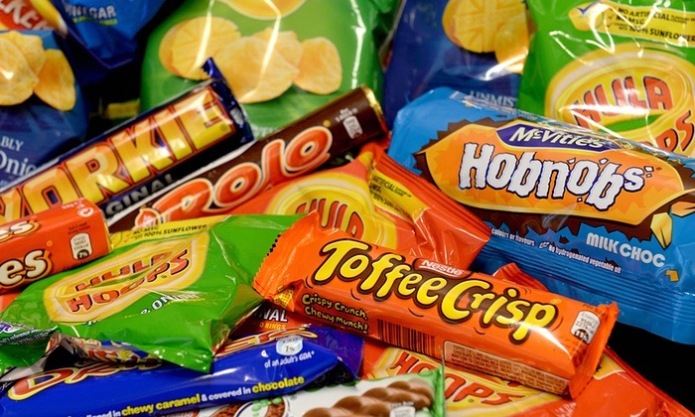 Retailers could be forced to charge more for bigger servings to counter damage being done, say Cambridge University experts 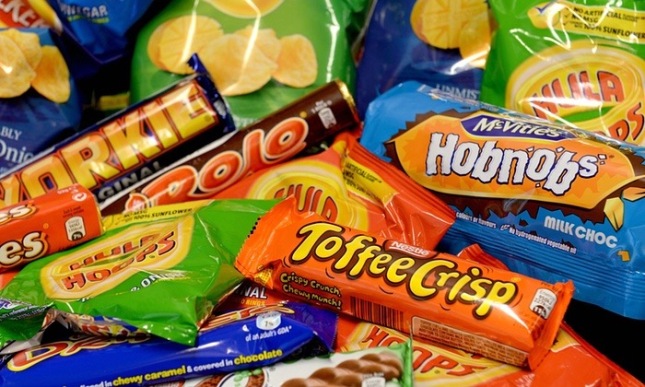 The supersize trend towards ever larger portions of curries, crisps, chocolate bars and fizzy drinks is contributing significantly to the UK’s expanding waistlines, a study has found.

Larger sizes are threatening people’s health by encouraging them to overeat, according to experts from Cambridge University, including the government’s chief advisor on obesity.

In a warning about the dangers of overserving, the authors calculated that ridding bigger portions from our diet would make consumers reduce their energy intake from food by 16%, and thereby help fight against obesity. 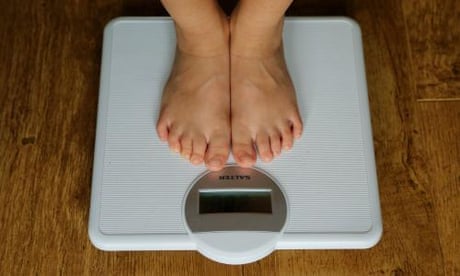 The damage caused by overserving is so great that the government may have to limit how big servings can be or force retailers to charge much more for them in an attempt to reduce consumption, the authors said.

Ian Shemilt, who led the research, said: “At the moment it is all too easy – and often better value for money – for us to eat and drink too much. The evidence is compelling now that actions which reduce the size, availability and appeal of large servings can make a difference to the amounts people eat and drink.”

Shemilt pointed to evidence collated by the British Heart Foundation in 2013 showing that curry ready meals had expanded by 50% in the previous 20 years, as had the number of crisps in a family bag.

An individual shepherd’s pie ready meal grew by 98%, chicken pies were 40% bigger and a meat lasagne ready meal for one had increased by 39%.

Food campaigners said the study, published in the Cochrane Database of Systematic Reviews, showed the food industry had to do more to reduce the overconsumption of calories by limiting the size of its products.

Malcom Clark, the co-ordinator of the Children’s Food Campaign, said: “Bigger plates, bigger packs, bigger portions, bigger us. It’s nudge theory, encouraging us – like so many other prevalent marketing tactics used by the food industry – to consume far more sugar, fat and calories than we ought to, and making it much easier to do so.

“Initiatives such as limiting chocolate bar single-serve portion size to 250 calories are a start. To counter the huge rise of sharing sizes and snacking bags, especially those aimed at children and family consumption, the government needs to take a hard look in its childhood obesity strategy at how less healthy items are marketed and at what price.”

Downing Street policy officials are drawing up the new strategy, which David Cameron is expected to launch in November. There has been sustained criticismthat the Responsibility Deal approach adopted in 2010, involving voluntary agreements with the food industry, is not countering rising childhood obesity.

The authors arrived at their conclusions after examining the results of 61 previous studies, involving 6,711 participants, looking at the influence of the size of portion, packaging and tableware on how much food people eat. They include Prof Susan Jebb, who advises ministers on food and nutrition policy.

If British consumers could avoid outsized portions, they would cut the amount of energy they get every day from food by 12%-16%, or up to 279 calories, the authors said. If American adults did the same, they could reduce their intake by 22%-29%, or a maximum of 527 calories each daily.

Prof Brian Ratcliffe, an emeritus professor of nutrition at Robert Gordon University in Aberdeen, said: “This review provides evidence to support what might seem to be a self-evident truth, that serving larger portions leads to greater levels of consumption, and the effect seems to be more pronounced in adults than children.

“Presumably related to a lack of effective self-restraint, people seem to be reluctant to leave or waste food and so consume what they are served or find larger portions more attractive.” 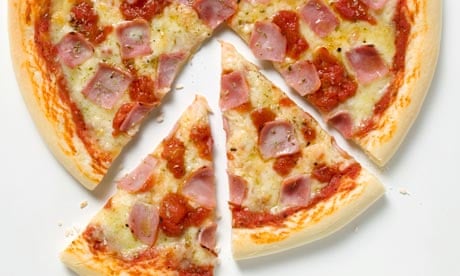 More restaurants and fast-food premises should follow the lead set by the few that already offer more than one portion size, he added.

The Food and Drink Federation, which represents manufacturers, said in a statement that “this research once again confirms the complexity of tackling obesity and that multiple solutions are required, from considering the food we eat to the size of spoons we use to serve food.”

It said firms were providing clear nutritional information on the side of their products, including about portion sizes, and offering a range of portion sizes.

Dr Alison Tedstone, the chief nutritionist at Public Health England, said: “This study clearly demonstrates that reducing portion sizes is a successful way to cut calories. Given that almost two-thirds of adults are overweight or obese, it’s important to keep an eye on portion sizes when cooking, shopping and eating out to avoid overeating and help maintain a healthy weight.”