What’s so special about hunter-gatherers?
About 10,000 years ago, most of the world figured out agriculture. And thus, we moved from the Paleolithic to the Neolithic period.
Planting and farming provided us with a consistent and relatively reliable food supply, without which civilization could never have developed.
Yet the 10,000-year time frame since the dawn of the Neolithic period represents only about 1% of the time that we humans have been on earth.
Many people believe that the change from a hunting and gathering diet (rich in wild fruits and vegetables) to an agricultural diet (rich in cereal grains) gave rise to our modern chronic diseases such as obesity, diabetes, and cardiovascular disease.
This is a fundamental tenet of the Paleo Diet, and a big reason why proponents say we should return to the meat and produce-based diet of our past.
How do “ancestral eaters” fare?
Of course, while we have extensive skeletal remains, cooking sites, and other types of evidence, we don’t have detailed medical records of our hunter-gatherer hominid ancestors.
However, we do have real, live sample populations that we can look at.

A diverse dietary worldq
The very few surviving hunter-gatherer populations subsist on a wide variety of diets, from the “nutty and seedy” African !Kung, to the root vegetable-eating Kitavans near Papua, New Guinea, and the meat and fat-loving Inuit of the Arctic.
These foraging diets are diverse and probably reflect the widely varying diets of our prehistoric ancestors, simply because what people ate depended on where they lived: mostly plant-based (in the tropics), mostly animal-based (in the Arctic), and everything in between.
However varied their diets across the globe, most Paleolithic humans likely consumed about three times more produce than the typical American.
And when compared to the average American today, Paleolithic humans ate more fiber, protein, omega-3 fatty acids, unsaturated fat, vitamins and minerals, and much less saturated fat and sodium.

A modern example
The residents of Kitava Island, off Papua, New Guinea, are probably the most famously researched modern hunter-gatherer population.
According to Dr. Staffan Lindeberg, who’s extensively studied their habits, Kitavans live exclusively on:
starchy root vegetables (yam, sweet potato, taro, tapioca);
fruit (banana, papaya, pineapple, mango, guava, watermelon, pumpkin);
vegetables; fish and seafood; and
coconuts. Kitavans are healthy and robust, free of obesity, diabetes, heart attacks, stroke, and acne — despite the fact that most of them smoke!
Things are looking good for eating like a cave dweller
.
What Paleo promises
The main idea of a primal diet — as you’ve probably gathered (no pun intended) — is that our ancient human genetic “blueprint” doesn’t match our current 21st century diet and lifestyle.
As a result, our health and wellbeing suffer.

The Paleo diet also makes some key evolutionary assumptions:
Paleolithic hunter-gatherers were robust and healthy; if they didn’t die young from accident or infectious diseases, they lived about as long as we do now.
When Paleolithic hunter-gatherers shifted to Neolithic agriculture, they got relatively sicker, shorter, and spindlier.
Modern hunter-gatherers are healthy, and their health declines when they switch to a modern diet.
What’s the evidence?
While a case can be made for this evolutionary trend, as a matter of fact, hunter-gatherers were not pristine models of health.
To begin with, they certainly harbored various parasites. They were also subject to many infectious diseases.
What’s more, a recent study in The Lancet looked at 137 mummies from societies ranging all over the world — from Egypt, Peru, the American Southwest, and the Aleutian Islands — to search for signs of atherosclerosis.
They found evidence of probable or definite atherosclerosis in 47 of 137 mummies from each of the different geographical regions, regardless whether the people had been farmers, foragers, or hunter-gatherers.
All got hardening of the arteries, no matter what their lifestyle.
Food for thought.

HEALTH BENEFITS OF RED PEPPER
Red pepper is easily what many people consider to be one of the tastiest vegetables and is definitely one that you should be including in your diet on a regular basis. 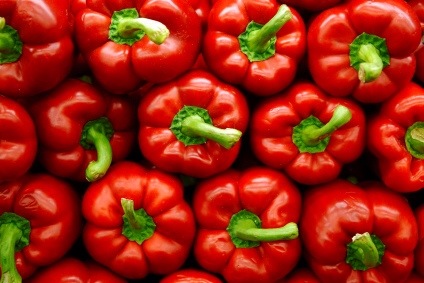 Red peppers are the sweetest of the bell pepper family and offer plenty of potential in terms of how you can go about adding them to your meal plan.

Let’s go over all the key facts about red peppers and how they will help you move ahead with your diet protocol.

Bell peppers will give off the strongest nutritional benefits as they ripen, so for best nutritional support, try and eat this vegetable in its most ripe state whenever possible.

Also take note that cooking them with very high heat can reduce their nutritional potential, so you should also try serving them up raw or by using lower heat cooking techniques whenever possible.

More to follow including why red peppers are so good!

Why Should You Care About Pesticides?
This is an excerpt from interesting websites http://www.foodnews.org
And http://www.foodmatters.tv
If you’re interested in this kind of info. visit their sites.

The growing consensus among scientists is that small doses of pesticides and other chemicals can cause lasting damage to human health, especially during fetal development and early childhood. Scientists now know enough about the long-term consequences of ingesting these powerful chemicals to advise that we minimize our consumption of pesticides. 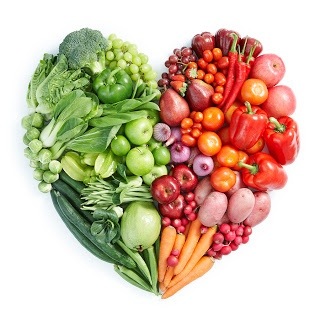 What’s the Difference?
EWG research has found that people who eat five fruits and vegetables a day from the Dirty DozenTM list consume an average of 10 pesticides a day. Those who eat from the 15 least contaminated conventionally-grown fruits and vegetables ingest fewer than 2 pesticides daily. The Guide helps consumers make informed choices to lower their dietary pesticide load.
Will Washing and Peeling Help?
The data used to create these lists is based on produce tested as it is typically eaten (meaning washed, rinsed or peeled, depending on the type of produce). Rinsing reduces but does not eliminate pesticides. Peeling helps, but valuable nutrients often go down the drain with the skin. The best approach: eat a varied diet, rinse all produce and buy organic when possible.

How Was This Guide Developed?
EWG analysts have developed the Guide based on data from nearly 89,000 tests for pesticide residues in produce conducted between 2000 and 2008 and collected by the U.S. Department of Agriculture and the U.S. Food and Drug Administration. You can find a detailed description of the criteria EWG used to develop these rankings and the complete list of fruits and vegetables tested at their dedicated website, http://www.foodnews.org.

#7 Strategies for Fat Loss and Healthy Eating on a Budget

7. Learn the dirty dozen. In a perfect world, every food would be organic. Realistically, sometimes it becomes hard to justify spending three times for organic produce. That’s why you want to know the Dirty Dozen: you always want to buy these 12 most-contaminated foods as organic. 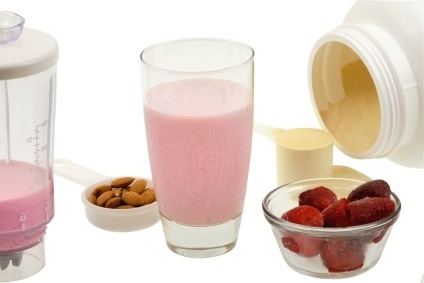 5. Start your day with a protein shake. Time and lack of appetite are two excuses people sometimes use to either skip breakfast or order a cheese Danish with their huge dark roast coffee. 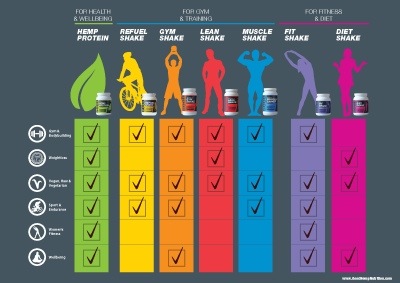 For less than a designer coffee, you can create a filling, fat-burning non-soy plant-based shake with frozen raspberries, freshly ground flaxseed, kale, spinach or other leafy greens in unsweetened coconut or almond milk.

4. Quality meat and much more plant-based foods. Loaded with nutrients, high-quality protein and essential fatty acids, grass-fed beef and wild-caught salmon are among your best food bargains. They often aren’t cheap, especially if you’re trying to feed a family of four or more. 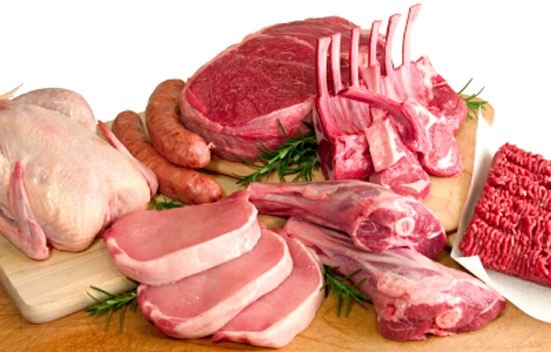 Stretch your food budget by loading more of your plate with inexpensive, filling leafy and cruciferous veggies, good fats like avocado, and slow-release high-fibre carbs like quinoa and legumes (beans).

Does Eating Healthy Really Cost More? When I hear people say they can’t afford to eat healthy, I ask them to tally up their bills. While grass-fed beef or wild-caught salmon might seem pricy, overall folks discover they save money eating healthier and bypassing overpriced processed and convenience foods. I had one woman who dropped nearly £5 every weekday morning on a coffee-shop latte and low-fat muffin.

You might be surprised too how you can stretch your food dollar. Here are 10 ways.

1. Buy locally and in season. Buying in season means fresher, more delicious, nutrient-denser, probably local, and most likely less expensive foods. Asparagus peaks in spring, while blueberries are ripest in summer. Learn which foods match with the season to boost your health, support local growers, and save a pounds in the bargain.

Remember to Look at the Big, Big Picture: While I wrote this blog with your budget in mind, I want you to also think beyond money. I love a good bargain as much as anyone, and know the euphoric rush of getting a great deal on something you love.

Put your extra spending on locally grown, organic produce or grass-fed beef as an investment in your long-term health and future generations.

Watch out for #2 to Freeze or not to freeze!